Two weeks ago I appeared in a major Dutch newspaper; in an interview about cruising in the gay scene as a transman. All of the text was carefully and correctly constructed, with much emphasis on sex-positivity. I got a lot of positive responses, but also a few dumb ones and those are the ones that linger. I was annoyed by one person who claimed I had no love in my life, since the whole article is about dates that are purely focused on sex. But of course I actually talk to the guys I date. Connections do get made. And besides my cruising lifestyle I still fall in love, with both men and women and any other sex or gender or non-gender… In fact: the search for true commitment and a deeply meaningful connection with someone else is my main quest, and my biggest pain.

Here is a whole new series I did about that, and how affection causes the biggest of anxieties. These are things that make me blue (hence the blue ink). 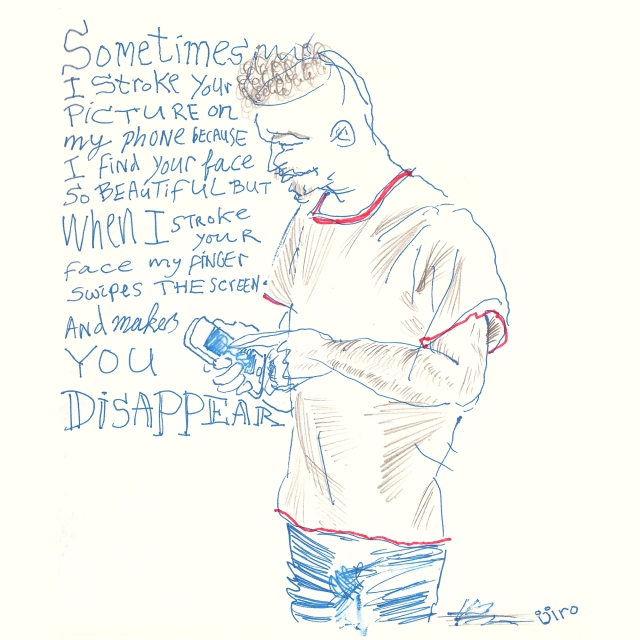 The Midas touch in modern technology. If you feel emotions.

It’s just no use. 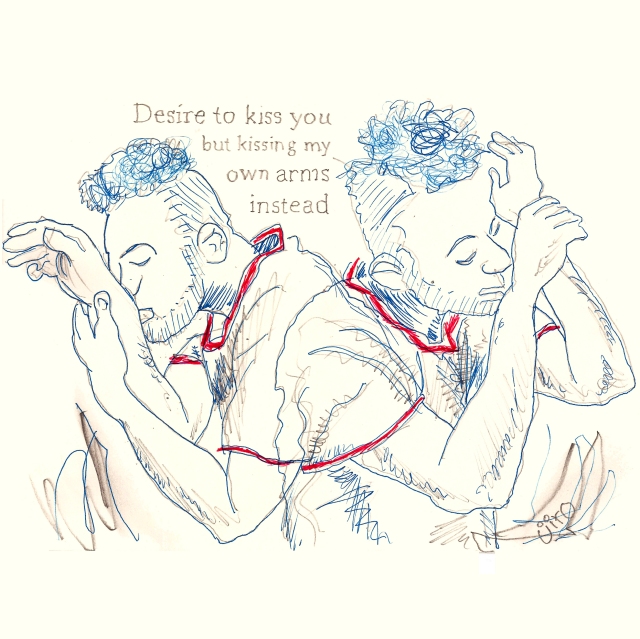 Intimate daydreaming about the other. Futile fantasy.