Do you see it? The new lines? Here is some new work, in various shades of melancholia. 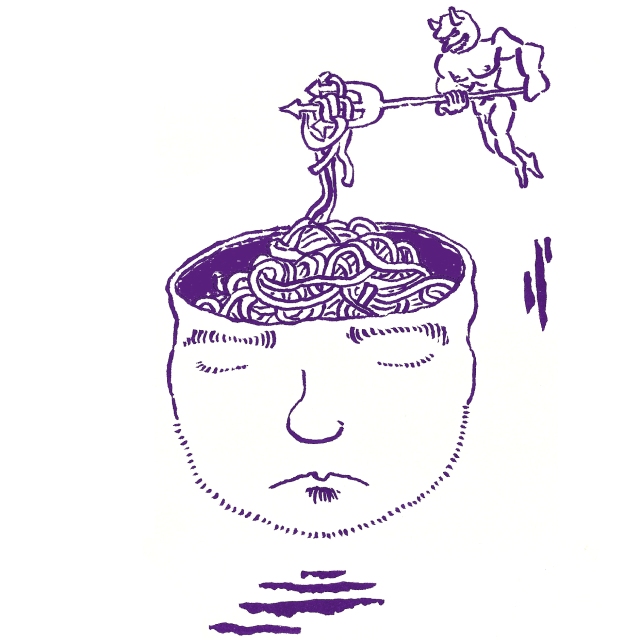 ‘Spaghettivreter’: Forgotten racism – selfportrait as a greaseball.
When I was a little kid in the seventies, Italians were seen as primitive and a lesser type of human. My teacher in kindergarten literally said “foreign children are not as smart as Dutch children” – this racist look at Italians now no longer exists here so does this mean my story never happened? I still carry this with me today. I am an immigrant’s child, always feeling like the underdog everywhere I go, but I am white, so I am not allowed to address this. Let’s ask Polish and Romanian workers today. Ask them how Dutch people look at them. White people can know what racism feels like. Isn’t it nice to know racism crosses all borders of race..? 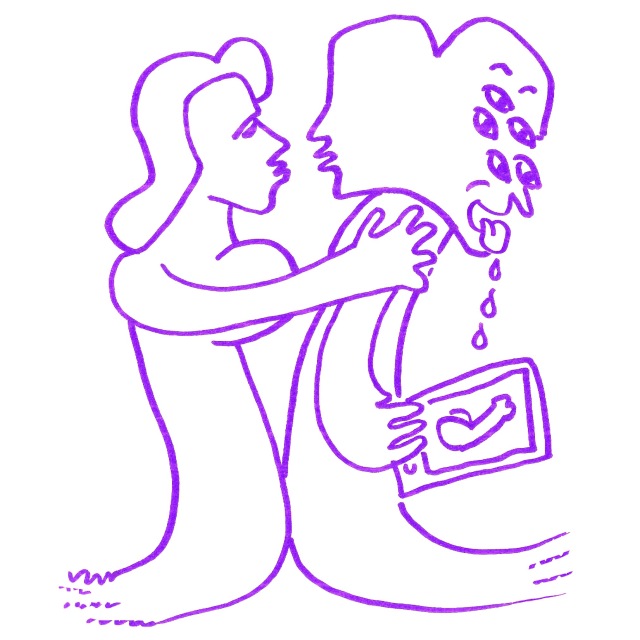 Title: “Grindr discretes” About dating on the down-low. 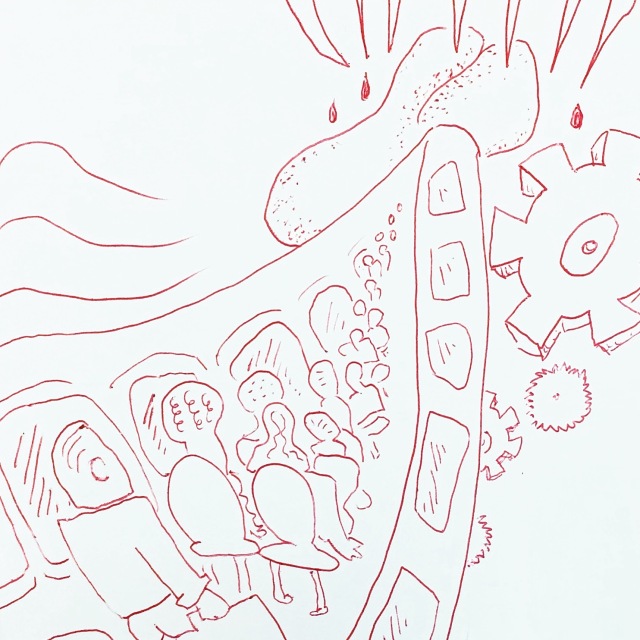 Title: “The commute to work” to my dead-end job.