I’ve been on national television – for the last time – because I no longer want to be asked to appear in all kinds of things solely and only because of my trans/gender/queerness. But for the Dutch television series “Tent & Seks” by Sunny Bergman I really wished to make one last exception.
I’m being interviewed on a bunch of pillows in a tent in episode 3 of this series, named ‘Out of the Box (full episode)‘. About the fluidity of sexual preference and the fluidity of gender. This episode was broadcasted on july the 31st 2014, and again on september 1st 2016.

I’m not super happy with the quotes they decided to take from me (the editing process was something I had no control over) but my real and only purpose to be in this was to show to the Dutch viewers that genderqueer/gay transmen’s existence is not some weird freakish Berlin/San Francisco phenomena, but that we also exist in the muddy landscape of Holland.
Watch all the other episiodes here as well: http://www.npo.nl/tent-en-seks/ 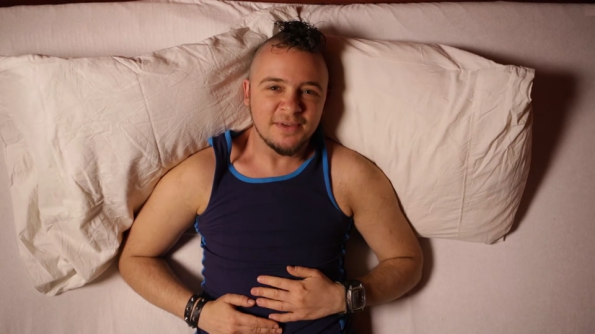 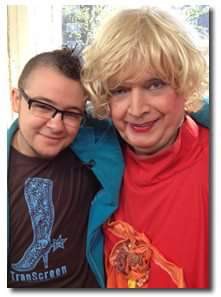 I’ve been on television before, at the Margreet Dolman show, and even on De Wereld Draait Door but I’ve never seen those episodes and I am not quite sure if I contributed anything to transgender emancipation.
The one that I did get to see was my appearance in Hart van Nederland wich was F*CKING AWFUL. Now I understand why one should never do interviews that can be edited. My number one advice to transgender people in the media is: only do live interviews so you can be in control, if ever so slightly.